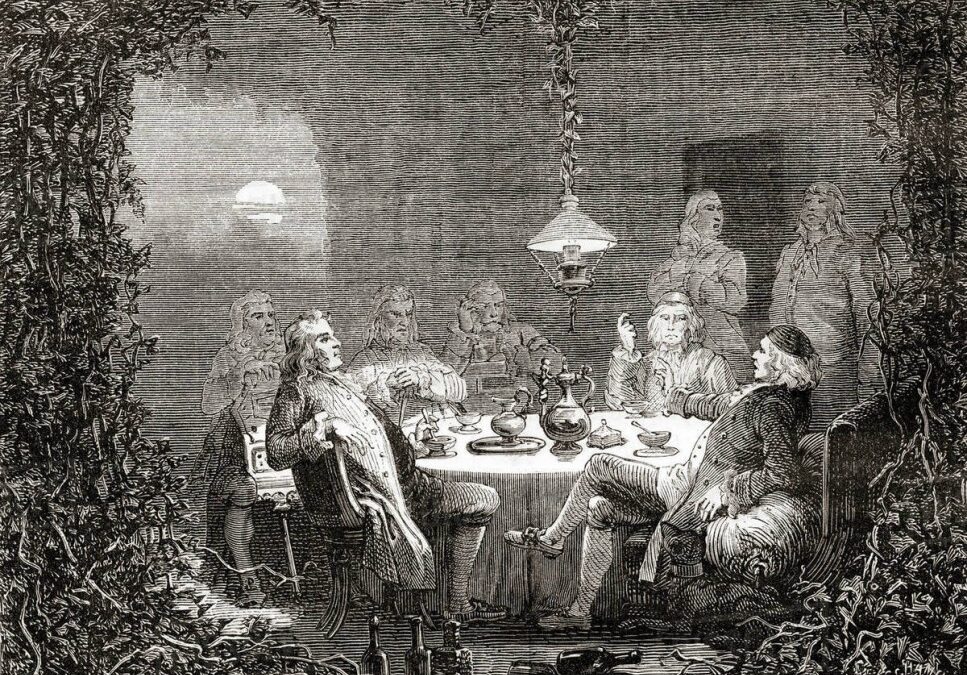 The Business Influencer Magazine and Nachural Events and Awards are similar to The Lunar Society in that they bring together leading thinkers, influencers, innovators and business people of the time to meet and talk and do business.

The Lunar Society typically met at Soho House, Birmingham ( above ) and in the pre-Pandemic world Ninder Johal would organise events in great Midlands cities.

The Lunar Society consisted of revolutionary thinkers that were engineers, writers, creatives, scientists and who invited into their meetings their peers from around the world.

Names like Watt, Boulton, Wedgewood, Darwin, Arkwright, Brindley, Franklin and Wilkinson – and you will recognise many of these as being pivotal to the development of steam power and the Industrial Revolution.

Birmingham’s part in the Republic of Letters, the free circulation of ideas and information among the developing pan-European and trans-Atlantic intellectual elite was key.

These days we don’t need to wait for a full moon to meet – nor do lockdowns stop us from meeting.

Our region – Midlands Engine – works with neighbouring regions like the Western Gateway.

Cyber Security Valley operates across the Midlands, South Wales and the South West.

Of course great steam ships like the SS Great Britain were constructed in Bristol and coal for the steam ships came from Wales.

The late 18th Century ( late 1700’s ) was not particularly a period of plagues and pandemics although they were going on around the world. In 1796 Edward Jenner developed the process of vaccination for smallpox, the first vaccines for any disease. This was near the Berkeley Green Technology Park.

Through continuous innovation and improved productivity the Midlands became a relatively affluent area. Our manufacturing systems and processes were leading edge.

We need to adopt this same leading edge thinking as the world restructures during the Pandemic and for when it ends.

Acceptance of that change is key. Leadership in shaping the post Pandemic world is demanded.

There will be many who hanker for a return to the old ways instead of seeking the next steps in improving a world where at least 50% of the workforce works from home and the ” third meeting place ” ( a meeting room on a regional Cyber Park or a Pub or Hotel ).

Become a member of The Lunar Society HERE.